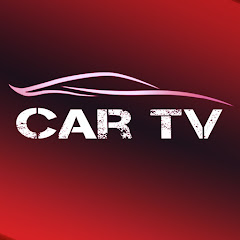 Highs Twin-turbo V-8 makes great power and sounds, truly showstopping styling, hugely capable and surprisingly civil.Lows Driving experience isn't as intimate as the 911's, not as quick as some rivals, cabin may cause claustrophobia.Verdict The GT's robust lineup is objectively gorgeous and impressively balanced for street or track duty.

For 2021, AMG gives the basic GT fresh standard features, more power, and a Stealth Edition. With an additional 54 horsepower and 29 pound-feet of torque, the GT's engine now makes 523 ponies and 494 pound-feet. Estimated acceleration times and top speeds also increase, with a claimed 60-mph time of 3.7 seconds (two-tenths quicker than before) and a top speed of 194 mph for the coupe and 193 mph for the roadster. Both body styles now come standard with a lithium-ion starter battery, a Race drive mode, the AMG Ride Control sport suspension with adaptive dampers, an electronic limited-slip rear differential, and a braking system with iron rotors and red-painted aluminum calipers. The Stealth Edition gives the GT a sinister look, with blacked-out elements on the inside and outside of the car.
Pricing and Which One to Buy
GT coupe: $119,650
GT roadster: $131,695
GT C coupe: $154,550
GT C roadster: $166,095
GT R coupe: $167,650
GT R roadster: $191,000 (est)
GT R Pro: $201,000 (est)
GT Black Series: $326,050

Given its power bump and expanded feature content, the regular GT should do the trick. The coupe costs significantly less than the roadster, but we prefer the pageantry and open-air experience that comes with the droptop. We'd select a set of the 19-inch front and 20-inch rear wheels for the look and enhance the GT's luxury by choosing one of the nappa-leather options for the cabin. Lastly, to help us fully appreciate our six-figure investment, we'd spec the ventilated front seats, passive hands-free entry, and 10-speaker Burmester sound system.

Engine, Transmission, and Performance
Every Mercedes-AMG GT has a twin-turbo 4.0-liter V-8 and a seven-speed dual-clutch automatic, but depending on which model you select, the hand-built engine will deliver a different output level. It produces 523 horsepower on the base GT, which comes standard with adaptive dampers and a limited-slip rear differential. Mercedes hasn't detailed any changes to the 2021 GT C and GT R engines, but in the previous model year, they made 550 and 577 horsepower, respectively. The last GT C roadster we tested was brutally quick, and with the top down, it allowed us to fully appreciate the sound of AMG's snarling exhaust note. We've also driven the even sportier GT R roadster and GT R Pro coupe. The former isn't quite as quick as some mid-engine rivals, but we still appreciate its surprisingly civil ride. The Pro is perhaps a little too hardcore for daily driving duties, but its myriad enhancements over the R make it quicker and more entertaining to drive at the racetrack. The new Black Series takes up the mantle as the ultimate GT coupe: It's essentially a street-legal race car. Along with using more lightweight materials and a host of track-focused modifications, it features a flat-plane-crank version of AMG's twin-turbo V-8 and makes a whopping 720 horsepower.

Fuel Economy and Real-World MPG
With such performance, it's no surprise the Mercedes-AMG GT lineup is thirsty, but the EPA fuel-economy estimates aren't as dire as you might expect. The base GTs are rated at 16 mpg city and 22 highway. Those numbers drop to 15 mpg city and 21 highway if you opt for the more powerful GT C. For comparison, the 911 Carrera S, which is powered by a twin-turbo flat-six, is rated at 18 mpg city and 24 highway. The GT R and GT R Pro manage 15 mpg city and 20 mpg highway. The EPA hasn't released numbers for the Black Series, but we'll update this section when we have the information. We tested the GT C roadster and GT R coupe on our 75-mph highway fuel-economy route, which is part of our extensive testing regimen, and they earned 20 and 22 mpg, respectively.

Inside, Mercedes provides superb build quality, and the materials are in line with the GT's big sticker price. The cabin is the opposite of roomy, but the driving position is perfect, with the capacitive-touch controls for the car's many performance settings placed comfortably within reach on the center console. The 12.3-inch fully digital gauge cluster is terrific, too. Similar to how Porsche does things, Mercedes puts the GT's drive-mode selector dial on the steering wheel where it should be. Roadsters have a power-operated top that drops in seconds. And with 10 cubic feet of cargo space, the GT's trunk is twice as large as the Porsche 911's.
Read More https://www.caranddriver.com/mercedes-amg/gt-gt-s-gt-c-gt-r