GetsetflyFACT 378만 구독자 수 340 동영상 수 5.97억 누적 조회수 2021-07-29 업데이트 날짜 2021-09-15
동영상 조회수112.76만
좋아요 클릭비율 96.5%
8.47만 3094
댓글수4826
구독자 조회비율 29.8%
좋아요
동영상 예상 가치 ￦ 194.63만 - ￦ 681.21만
구독자 참여율 11.8%
동영상 태그
india vs pakistan kashmir kashmir dispute india pakistan division India pakistan boundaries Indian georgraphy pakistan geography loc why pakistan geography sucks indian history geographical advantages himalayas lifeline of india arunachal pradesh china aksai chin neighbouring nations afghanistan iran bhutan bangladesh myanmar political relations england in real life country facts world facts interesting facts getsetflyfact getsetflyscience factbhai
소개
Hello friends, ever wondered why Pakistan's geography sucks soo much? Why does Pakistan fight with India for having Kashmir? I mean it, India and Pakistan have gone on war thrice just for Kashmir. And today's there's a LOC made between India and Pakistan. In fact, the man responsible for creating boundaries for India and Pakistan, England lawyer- ‘Sir Cyril Radclife’, just divided the nations based on a religious basis. He did not take other considerations into account. And this is why today both India and Pakistan face several boundary-related issues. Pakistan shares its boundaries with 4 nations- India, China, Afghanistan, and Iran, out of which Pakistan's relation with India and Afghanistan is strained. Similarly, India shares its boundaries with 6 nations- Pakistan, Myanmar, China, Nepal, Bhutan, and Bangladesh, out of which India's relation is quite strained with Pakistan and China! China has gone on to war with India in 1962, for an undisputed land between them- Arunachal Pradesh or Aksai Chin which China calls theirs! Now, what if the Himalayan region, that divides India and China, and which is also known as which is known as the lifeline of India were not there? What would have happened? And did you know? If Pakistan's Karachi airport gets captured by any powerful nation, the entire supplies in Pakistan would abruptly stop. Now, where would that leave Pakistan? And is Indian geography really beneficial for India, or is it creating a lot of ruckus for India? Stay tuned to know more in our today's video. 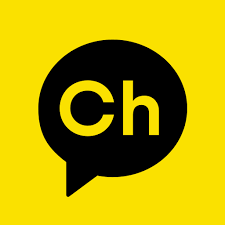